This year it’s seems we’ve seen a lot of “whiplash weather”  where the weather starts out cold and dramatically heats up quickly, just to plummet again.  This was in full effect the week of June 23rd when we started out in the low 60’s with a couple of inches of rain and finished the week in triple digits.  On Monday, we had people asking if the rain was going to hurt the crop and on Thursday, they were asking if the excessive heat going to hurt it.  The simple answer is yes, they both can, but with how things played out, we may have dodged a bullet.

To address the rain part, the big concern with rain is it causes mildew which can spread to and rot the fruit- no bueno!  It is a particularly sensitive time right now as we are coming into bunch closer which is when the grapes grow large and those loose clusters tighten up into a packed cluster.  If water gets inside those clusters and it tightens up, the mildew will be nearly impossible to get to.  If the rain event is followed by mild temperatures, the mildew is able to thrive since it does not like heat.  So our excessive heat, in this case, worked for us in that it quickly dried everything out.
To address the excessive heat- excessive heat can damage vines if there is not enough moisture in the soil prior to the event.  Along with the rain we got,  we have been irrigating regularly since March, building up the moisture in the soil.  Towards the middle to end of the heat wave, you will probably see the leaves “flagging” (look like they are wilting) in the late afternoons, but by morning, they will be completely rigid and cool again.  We’re familiar with this as hot summer days are the norm in the foothills.

While we had some things go right in this, we will be keeping an extra vigilant eye on the vineyards over the next few weeks. 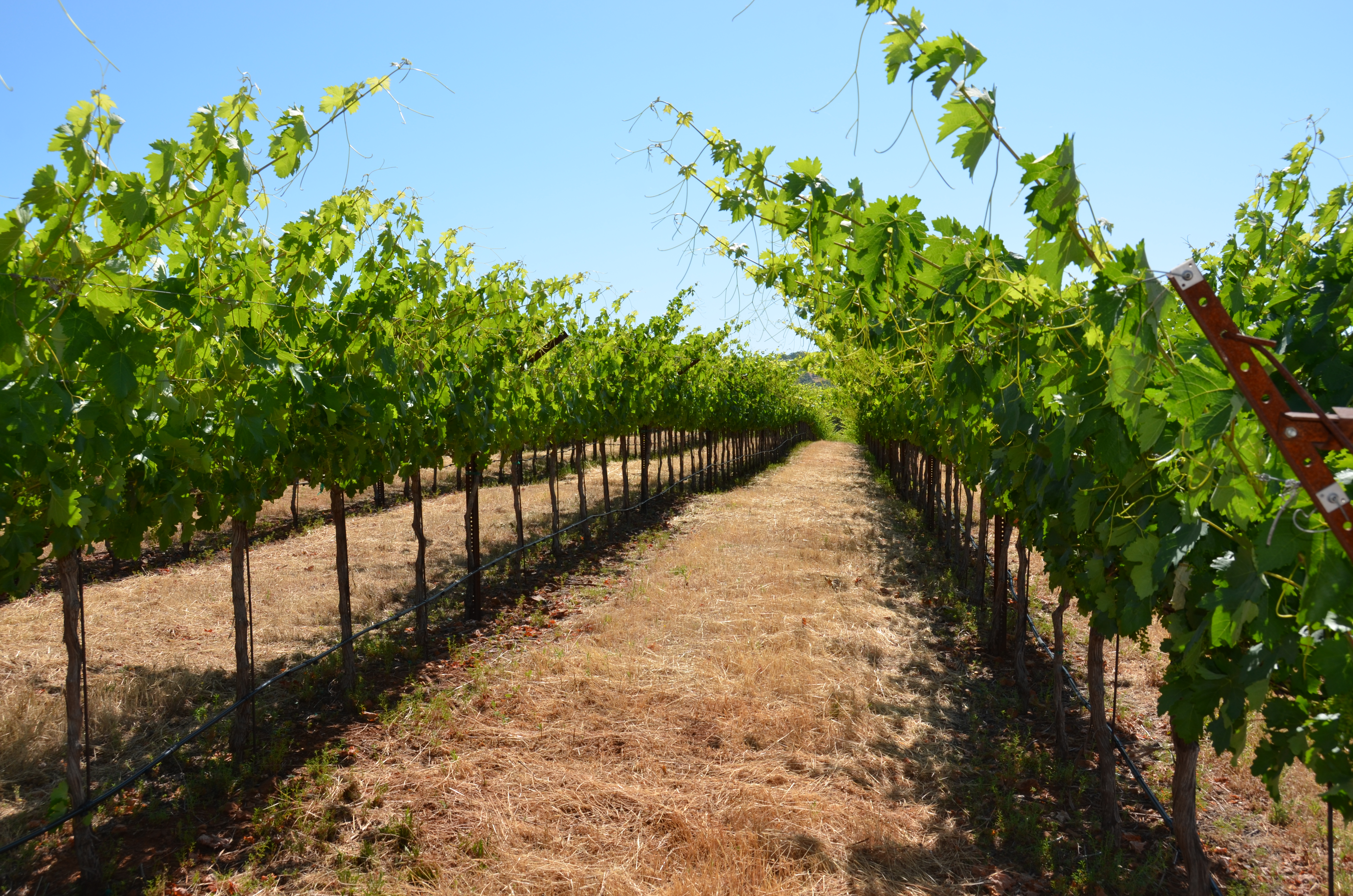