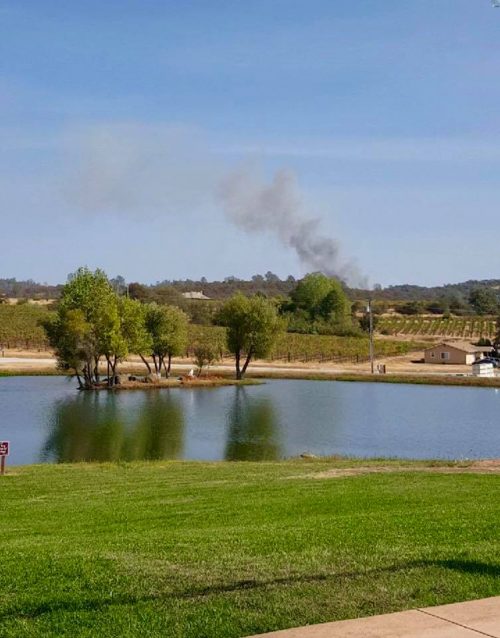 As most of you have seen and heard, the harvest season in California is wrapping up in dramatic fashion.  While we had a small scare when a fire popped up just a mile or two from us, it obviously was nothing compared to what happened in Napa and Sonoma counties.  Derek and I actually live in Napa, so we were right in the middle of it though, thankfully, not threatened.  Surprisingly, the devastation gave the wine industry there  just a glancing blow.  With hundreds of wineries and thousands of acres of wines, just a small percentage were affected by fire and most of the fruit was already picked, thereby avoiding any impact from the smoke…which is the subject for this post. 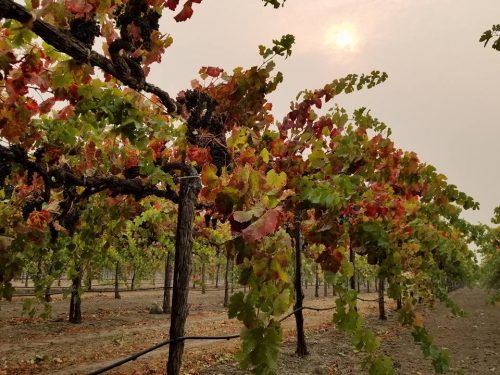 Grapes still on the vine on a smoky day in Sonoma

The big question people have when there are fires in any winemaking region is how will the resulting wine be affected.  The term “smoke taint” is the phrase coined by the wine industry for the possible impact of smoke from fires on the fruit.  Due to necessity, there has been a lot of research on the subject the last few years, most of it coming out of Australia who has had to deal with fires year after year.  Despite all of the research, there is a lot of conflicting information on smoke taint.  So my mission, should I choose to accept it, is to try to explain smoke taint in a simplified way that kind of makes sense.  Since that’s the MO I strive for,  I will accept said mission. 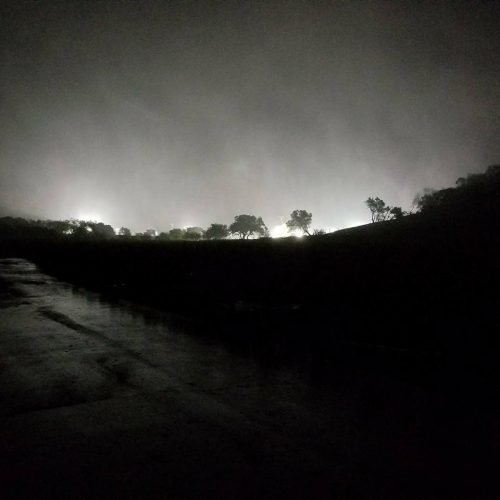 Fire on the ridge

Smoke taint is generally characterized by aromas and flavors of ash, acrid smoke, and-horror of all horrors- burnt bacon.  When smoke enters the vineyards, there are phenols within the smoke that bind with the waxy cuticle on the berries.  These phenols will then interact with the berries.  When the berries are harvested and processed, these phenols will bind with the sugars and may or may not, release themselves into the wine, resulting in the aforementioned flavors and aromas.  This is a very simplified version of what happens because, you know that’s how I roll. 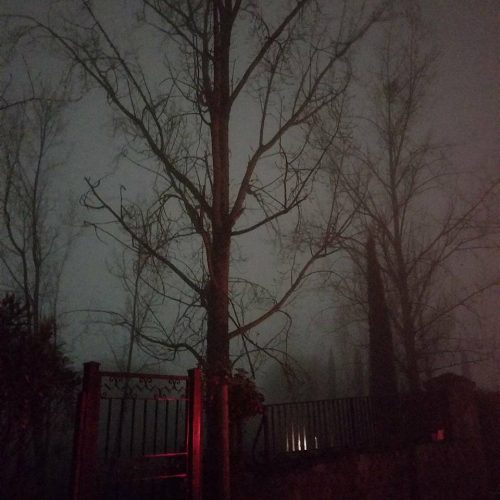 Within that general explanation are many factors and variables that will determine how much smoke taint, if any, that will occur in the resulting wines.  The stage of development of the berries, any active cell division, density of canopy, air-flow, proximity to fires, contact time, and concentration of smoke in the vineyard, as well as winemaking practices such as length of fermentation, yeast used, etc. all have an impact on smoke taint. 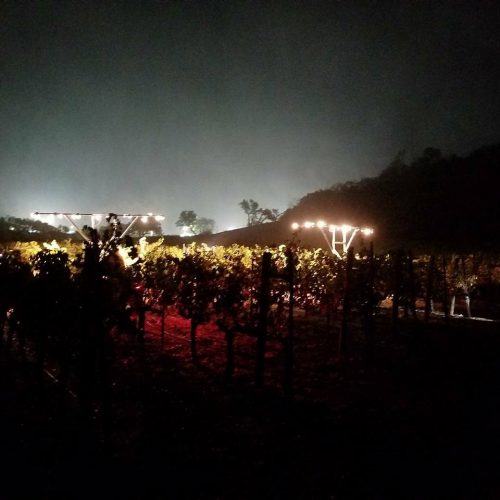 Amazingly, the vineyards survived on Atlas Peak.  Harvesting the fruit at night after getting the go ahead

In the unfortunate event that there is a degree of smoke taint, there are ways to combat it.  Blending is always a good way to help cover not-so-good elements in wines.  Reverse osmosis is also an option to try to remove the offending aromas and flavors.  Unfortunately, there are times where it is too much and the only option is to dump the wine and declare it a loss.

The outhouse on Atlas Peak didn’t fare so well (though the tractor did!)

The foothills have had to deal with smoke taint issues most recently in 2008 and 2015, but thankfully, not this year.  As I mentioned above, most of the fruit in Napa and Sonoma was already picked so that was the small silver lining in a lot of heartbreak.  We are all looking forward to things slowly returning to normal at our home in Napa…no more Nixle alerts, the sound of helicopters and planes overhead is just an occasional occurrence, and after 2 weeks, the kids are finally returning to school!