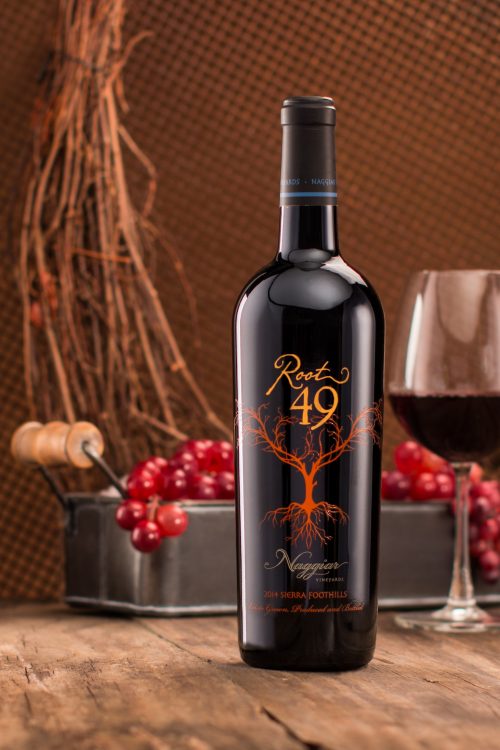 There were no red carpets, designer gowns, or wild after parties this week but Naggiar Vineyards was still honored to accept an abundance of awards from a variety of prestigious competitions.

Our new kid on the block, the 2015 Root 49, was the hands down big winner. This new great red blend of mostly Tempranillo, Syrah, Grenache and Malbec took home:

A Gold Medal and Grand Star Best of Show Award from the 2017 Texas Lone Star International Wine Competition.  Only twelve Grand Stars were given out this year.

Another Gold Medal and  92 points from the 2017 Los Angeles International Wine Competition.

A fourth Gold Medal at the 2017 Amador County Fair.

With Root 49, winemaker Derek Irwin has created yet another super star red blend that has the critics buzzing and the paparazzi clamoring for photos.  Don’t get left out; pick up your own Root 49 today! At just $27, the supply of this award winner with a seductively garnet color won’t last long.

Keeping pace with the new kid, our reliable Sangiovese continues to impress. The 2014 vintage brought in three awards:

A Silver medal  at the Texas  Lone Star International.

A Silver Medal at the Los Angeles International .

Three awards that lend proof to what we’ve known all along – we grow the best Sangiovese grapes bar none, allowing us to craft some of the best Sangiovese wine around!(To read more about why we believe Naggiar’s Sangiovese is the best, click here.)  Pick up a bottle of Sangiovese goodness for $26 and serve it with your favorite Italian entrees.

Not to be undone by all the reds, two of our white wines were recognized. Naggiar’s 2016 Viognier was honored with  four medals:

A Gold medal and 91 points from the Los Angeles International.

A Gold Medal from the Orange County Wine Society.

A Silver medal from the Texas Lone Star International.

A Silver medal from the Amador County Fair.

This gold colored, dry white wine epitomizes summer.  Serve this award winning and value filled (only $24 a bottle) wine at your next al fresco party …. You and your guests will not be disappointed.

Additionally, the 2016 Mamma Mia, a favorite white blend that is perfect for this summer’s heat wave, received a Best of Class and Gold Medal from the Amador County Fair.

Not to be forgotten, a number of other Naggiar varietals made a splash of their own:

Naggiar’s 2014 Reserve Barbera ($38) captured two Silver medals – from the Critics Challenge and the 2017 Toast of the Coast Wine Competition (along with a rating of 89 points).

Our perennial favorite, the 2014 Mistero (a Zinfandel blend at $24 a bottle) thrilled them at the Texas Lone Star International and was awarded a silver medal.

The 2014 Mourvedre received a Silver Medal from the Amador County Fair.

All of these pretty wines are perfectly paired with charcuterie plates on the patio. (Say that 10 times fast!)

Finally, the grand-dad of them all, our recently released 2014 Il Nonno proved to be a blockbuster at the California competitions. Naggiar’s Super Tuscan extraordinaire ($44) received a Gold Medal and special recognition from the Orange County Wine Society with a 4 star award.

What more can we say? We love our Grand-Dad – and apparently so do a lot of other people.

To sum it all up … It might not have been your traditional awards “show”, but we loved it none the less. And of course, we’d like to thank the academy ….