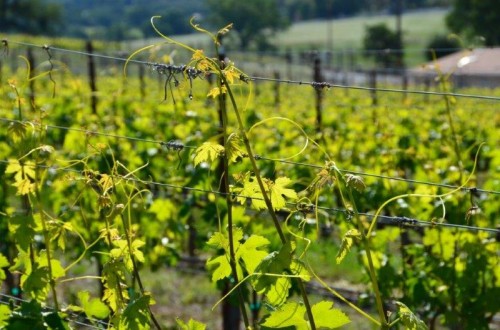 Train up a child in the way he should go: and when he is old, he will not depart from it.
Proverbs 22:6

Wait, this isn’t the Insane In The Mom Brain blog or Daily Christian Readings, so how on Earth can this relate to winemaking and viticulture?  So glad you asked!  I have yet another vineyard simile for you- raising vines can be like raising children. Crazy, right? But bear with me, it will all make sense in the end (well, let’s hope it does).

As I have mentioned, we have seen an enormous amount of growth in the vineyards recently- think of an infant from birth to about 4 months. This year, we have extra precocious offspring, being around 2 weeks ahead of schedule. 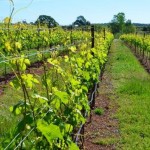 The shoots are growing fast and with that comes tendril growth (anchor-like shoots) as well. These tendrils are the equivalent to a 5 month old infant’s hands- they grab on to anything nearby with a death-like grip ( if you’ve ever had your hair or worse, earrings, wrapped up in a small, chubby, vise-like fist- you have the idea). It’s at this time, we need to implement a little “training”.

With both vineyard management and child-rearing, there are differing levels of parental guidance. With vines, time-outs and stickers on a chart don’t work so well for training, but re-direction with wires does (unfortunately, CPS won’t let us use this method on our 4 offspring). Traditionally in the Sierra Foothills a 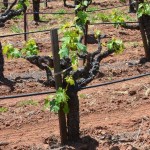 “California sprawl” or a “head-trained” system is used for canopy management. In California Sprawl, the vine is drawn out on a cordon with 2 wires, one on each side where the shoots are allowed to flop over the wires which becomes the support structure. Head-trained vines have just a single “stalk”- the trunk of the vine going straight up with spurs coming out laterally and shoots coming out of those. These types of systems are on the lower end of the parental guidance spectrum- think unsupervised kid tearing things off a store shelf and no “pleases” or “thank-yous”. These canopy structures do not allow for uniform fruit development, can lead to too much shading in some varietals which causes air-flow issues. That can lead to that 35 year old “kid” living in his parent’s basement working an entry-level job- getting the basic job done, but not living up to potential.

So how do we train our vines at Naggiar? With lots and lots of hardware.  Yes, there is some tough love involved here.  As I mentioned in a past blog, we use mainly single curtain/VSP, double curtain, and rotator canopy systems for our vines. 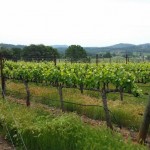 To achieve optimal training, we use 3 sets of catch wires to support the shoots. They are adjustable, to account not only for the type of canopy system used, but also the stages of growth. Extra care is taken in the beginning with training the vines- until they lignify (go from green and tender to brown and woody) like a 9 month old child, the shoots are wobbly and fall over easily. Vines, however, snap when they fall over (not like a 9 month old, thankfully). 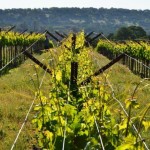 We continue to adjust the wires as the shoots grow, training them in such a way that we can manipulate the amount of sunlight that penetrates to the fruit, maintain a uniform fruit zone, and maximize airflow. At the end, the fruit of our labor is successful, well-rounded, and not living out of a car somewhere.

It definitely takes more time, energy, and money to train our vines this way, but it is an integral step in producing a high quality wine. The finished product makes all the time, money and work you put into making it worthwhile. We’re certainly proud of the fruit of our labors at Naggiar! 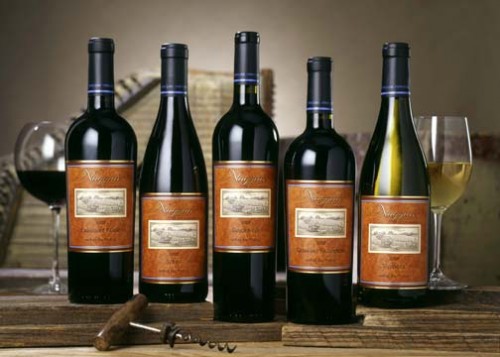