A Tale Of Two Sy(i)rahs 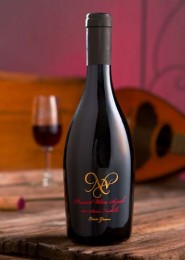 Durif FPS 03, FPS 04 and FPS 05 vs. FPS 06, 02, 03, 07, Estrella, Noir, TCVS A, but to confuse you further, FPS 06 can also be called CTPS 100 and FPS 07 may be known as CTPS 877.  These are not to be mistaken for FPS 01, 04 and 07 (364287 from Australia).  And then there is 8675309- wait, that’s Jenny’s number (and now you have the song stuck in your head, muahaha).  By now, many of you are thinking, “she’s really lost it this time- must be time for the kids to go back to school”.  For those that like to geek out (like my husband) on the clone names of grape varietals (also with a hint from the title) you might figure out that those are clone names for Petite Sirah in the case of the first three, Syrah for the next seven and Shiraz for the 4 in the second sentence.  Hmm, but the title says “a tale of two sy(i)rahs”- not three “sy(i)rahshizes”.  Not to lessen the importance of Shiraz (the Australian and South African version of Syrah) but for the sake of brevity (and to answer a question we get asked a lot in the tasting room) I’m going to focus the two made in California, Petite Sirah and Syrah.  Did I just hint that this might be a lengthy post?  Maybe you should grab a glass of either one of them and have a nice sit.

To start, a little history lesson- I hope you like history!  Petite Sirah’s actual name is Durif, named for the doctor, who in the 19th century, discovered the cross of Syrah and Peloursin, both originating in the Rhone Valley (on an ironic note, there is very little

Petite Sirah or Peloursin actually left in the Rhone Valley).  Many posts ago, I referred to Grenache as being the Jason Bourne of wines because of all of its aliases, but it ain’t got nothing on Petite Sirah- aside from Durif, there’s Dure, Duret, Plant Durif, Pinot de Romans, Pinot de l’Hermitage, Plant Fourchu, Nerin, Gros Noir, Bas Plant, Happy, Sneezy, Grumpy- wait, disregard the last three.  I’m sure that info will come in handy if ever you are picked to compete on Jeopardy.  At Naggiar, we use 2 clones of Petite Sirah.  The vines are moderate growers with the unfortunate tendency to shrivel and sunburn and get stressed out- sort of like myself towards the end of summer.  The clusters are small to medium size with the berries bunched closely together, making it particularly susceptible to mildew.  We usually pick it in the middle of harvest, by hand and at night.

Now, to get to the 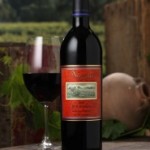 good stuff- aromas, flavors and food-pairing- oh my!  Petite Sirahs are known for their inky dark color and tremendous structure.  Somewhat similar to a spicy, powerful, Zinfandel, a well-made Petite Sirah has copious amount of blackberry, black current and Derek’s favorite, beet root (?!) on the palate, with these same fruits, along with anise and black pepper in the nose. Although this wine can have enough tannin to remove the enamel off of your teeth (and then turn them gray), when made well, the tannins can be very silky and when the acidity is balanced you have a beautiful wine that is made for food-pairing.  And which foods does it pair well with pray tell?  Petite Sirah pairs extremely well with braised meats, beef chili, grilled steaks, Mexican foods and  barbecue, particularly Carolina barbecue.

Are you still with me?  This is where I usually sign-off, but I’m only halfway done!  You might want to get the rest of that bottle of wine.

Syrah (aliases being Sirah, Syra, Schiras, Sirac, and Petite Syras) originated from France.  Originally, for the longest time, it was thought to come from Persia or Cyprus, but geneticists have “recently” determined that it “apparently” came from France.

Regardless its origin, Syrah has a tremendous following and stellar pedigree (Cote Rotie, Cornas, Hermitage).  To address the matter of Shiraz (see, I’m giving it some love my Aussie friends) when Syrah is grown in Australia or South Africa, it is called Shiraz.  But just because it is a Syrah varietal, does not mean you can make a Shiraz anywhere in the world- it’s a combination of the indigenous soils, weather, and other factors that make a Shiraz a Shiraz and not a Syrah.  Confused?  Me, too.  At Naggiar, we use 3 clones of Syrah.  In comparison to Petite Sirah, Syrah clusters are more conical and the berries are more loosely bunched together.  Syrah vines tend to be vigorous with long, trailing shoots, usually necessitating some type of eventual hedging.  Typically harvested prior to Petite Sirah, it is also hand-picked at night, as is everything at Naggiar.  However, Syrah is a dream to harvest by hand as it is a loose, free-hanging cluster, that unless you over-ripen it, does not break easily when hand-picking (unlike its temperamental cousin).

Down to the nitty-gritty- as a wine, how does Syrah compare with Petite Sirah?  Syrah is definitely more malleable- it can be tank- 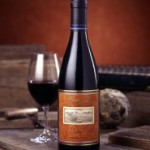 fermented, oaked, made into a rose’, dessert wine or even a sparkling wine (sparkling Shiraz is famous in its own right).  At Naggiar, we either bottle it as a varietal or use it as a blend component in some of our other Rhone varietals grown at the Estate as well as an integral component of our red blends.  With loads of black cherry, raspberry, plum and stewed fruit characteristics, Syrah pairs well thick stews, squab, boar, and other “stronger-flavored” cuts or types of meat (we don’t use the “g-word” at our house (gamey).  While it can work with barbecue, it would work better paired with herbed-grilled meats.  Believe it or not, Peking Duck pairs phenomenally well with Syrah, as does grilled elk, if you happen to have some lying around- you know, everyday pantry staples.

There you have it, a tale of two sy(i)rahs (and half a tale of Shiraz).  We make both a varietal Petite Sirah and Syrah(in regular, reserve and dessert flavors)  here at Naggiar, in case you finished off that bottle in reading this and need to replenish.  Reading can be thirsty work!