Shutting It All Down 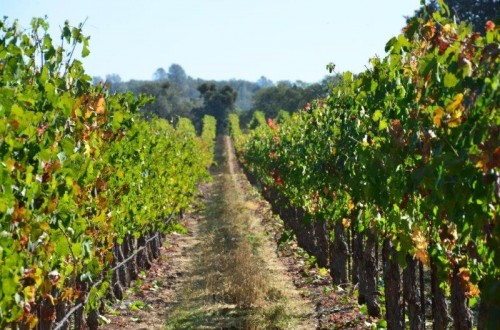 It is with mixed emotions, 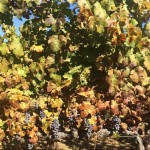 that I announce that we have reached the end.  It was a good, though brief,  run- a lot of highs, some lows- that went by quicker than the blink of an eye.  Many great memories, and many thanks to my readers who have followed along on this journey with me.  However, it’s time for me to announce… the end of Harvest 2014.  Alright, I know I didn’t fool you a bit with that beginning, but this being my second harvest blogging, I’m having to try to get creative here.  By the time you read this post, we will have picked that last batch of grapes I mentioned in a previous post- our Cabernet Franc.  This, at the incredibly late date of October 7.  Now, a certain someone’s birthday is October 7 (yes, I just got in trouble for even mentioning it).

His excuse, year after year, for not celebrating his birthday is that it falls smack-dab in the middle of harvest (0f course, he didn’t even celebrate it before he entered the wine industry either).  Well, this year, he has no excuse- but we’re so used to not celebrating that he isn’t getting a birthday party this year either. I am positive, however, he feels that having all the fermentations finish up with few complications, would be an excellent stand-in for a birthday celebration. 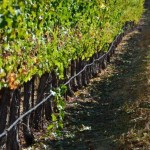 So then, what is all of this shutting down business?  Now that the vines have run their proverbial marathon, they begin to go into shut-down mode.  Now that the race is run, it’s time to rest, repair and refuel. For the refuel- once the grapes have all been picked, the vines are given a nice, long drink of liquid gold (also known as water in California) and maybe a dash of fertilizer or a little micronutrient. Just like a marathon depletes a runner’s reserves, picking the grapes removes the vines carbohydrate reserves, and those need to be replaced.  And yes, I have a half marathon race coming up in the middle of November- coincidental to this post? maybe…  When the root activity starts up in the spring,we want to make sure there are enough carbohydrate reserves in the plant already as well as readily available in the soil.  We add these micronutrient amendments through the drip system- myself, I prefer to carbo-load with chocolate, but hey, maybe a chocolate drip system, hmm.

That is just basic vine recovery 101.  Derek next becomes the sports medicine guy for 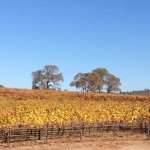 the vines- working on the whole repair part of the equation.  At a time when the leaves are changing color, he assesses the canopy in every block.  The color of the leaves tells a lot about the health of the vines.  In a previous post, I mentioned how all of the beautiful colors in the leaves- crimson red or yellow with different colored veins, usually indicates there is most likely some kind of virus or nutrient issue present.  Derek’s job is to figure out what the problem is- it it a nutrient issue,  a water issue, soil issue, a virus?  These issues are usually remedied by amending the soil- adding compost, or some of the pommace from the previous year or gypsum through the drip system.  Derek’s the one the vines call Dr. Feelgood, he’s the one that makes them feel alright (your ear worm for the day- you’re welcome). 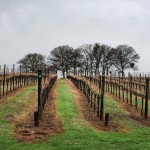 Now, for the third R…ah, rest!  After working so hard for six months, putting everything into the final event, the vines have earned a nice six month rest.  While they don’t go completely dormant, they do just have the most basic of functions going on- namely, some nutrient uptake going on underground.  To put it into a perspective for me, I run my half-marathon, then get to sleep for a week (because my race is only a couple of hours) with a chocolate I.V. drip- works for me!