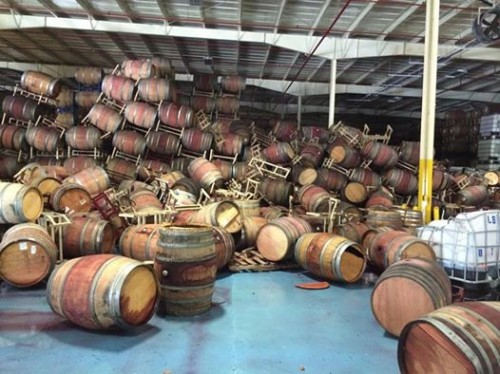 Apparently, the big news in the world of wine right now is the 6.0 earthquake that hit the Napa Valley early Sunday morning.  I say apparently because, really,  I’m not too sure how big a story it is.  You see, even though Derek and I work and breathe Naggiar, we don’t live there- we live in Napa, California.  So, for us, and those in the Bay Area, it’s a huge story- on all of the major channels for a large part of Sunday and continuing coverage all day today.  From postings and comments I’ve seen on social media sites, I do know there is interest in what is going on and there will be inevitable questions of what it means to the wine industry- even in wine regions not named Napa Valley.  So, I thought I would use my blog to address some of those issues and maybe, quite possibly, exorcise some of those demons that come from being rudely shaken out your bed at 3:20 a.m. to deal with frightened kids and a house that looks like a tornado went through it.

A 6.0 earthquake doesn’t sound too big, but it was felt from Santa Cruz to the Nevada border- in fact, it awoke a friend of ours that lives 15 miles from Naggiar (ok, she might be kind of a light sleeper).  However, there are tremors from it far more reaching than just geographical distance (a pun! there is humor in her yet…).  Naggiar felt the effects, not in shaking, but in a change in our picking 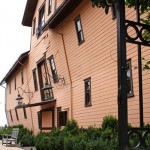 schedule.  As I have mentioned, at this point, Naggiar sells about half of the grapes we grow to Napa wineries.  And, as I “poetically” wrote last week, we have just started harvest- put the two together and we have grapes that we are supposed to harvest for Napa clients.  In fact, we were supposed to pick some Viognier for one of our Napa clients, but that was postponed as they had no power to crush the grapes (and while the whole foot-stomping thing is cute, it doesn’t really work now-a-days).  Power outages were the tip of the iceberg for what some wineries had to deal with- hundreds of wine bottles broken, barrel rooms dismantled, full tanks of wine emptied due to damage to valves and doors, even structural damage to the winery itself- as evinced by the ubiquitous picture of the leaning tower of Trefethen.  The wine industry itself  will “feel” this loss in the years to come- many wineries lost wine (involving several vintages) to varying degrees leading to an overall decreased Napa Valley product as a whole.

Now, what to do about the movin’ and shakin’?  I’ve seen some comments wondering how something like this could happen?  Aren’t there any earthquake measures in place?  Well, like most places in California, wineries are well aware of the threat of earthquakes and do have earthquake protocols and mandates in place.  Wineries are required to affix their tanks, racking systems, etc. to the ground and the buildings-like any structure-need to be built to code and older ones, ideally retrofitted.   The barrel rack systems are also able to withstand the occasional earthquake- but all of this can be done only up until a certain point- once you get above a 5.5, you’re going to have problems.  There is only so much you can do and that goes for any building or structure. Looking at the pictures, you can see how Napa was incredibly fortunate that this earthquake happened when it did- a very early Sunday morning.  Usually no 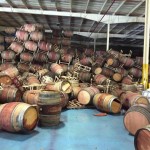 one is up and around at that time- even during Harvest, Sunday is a light work day.  Flying barrels are a very scary thought…speaking of barrels, what happens when thousands of barrels come crashing down?  The good news is when they are full, they actually bounce, and therefore less likely to smash open and spill their precious contents- though you still don’t want to be anywhere near a 600 pound bouncing barrel.  Even if the barrel does split but does not completely empty out, the wine inside can be saved if it is open for no more than 3 days.  So, even looking at that picture of barrel catastrophe, know that not all is lost.  If you are wondering about the vineyard, the vines themselves usually weather it just fine.  The worry comes with broken water lines, filtration systems, irrigation ponds, and scariest of all, wastewater tanks- one of those honeypots springs a leak, then God help us all.

As a Napan, I want to say how impressed and grateful we are for the outpouring of support from so many out there.  Watching the news later the morning of the earthquake (we were among the fortunate few who never lost power, water or gas- must have been on a lucky power grid) they did a segment showing the support the wineries had for each other.  And low and behold, the thing that finally brought a smile to my face that morning, they showed a tweet from Naggiar Vineyards expressing their sympathy and support for their fellow wineries in the Napa Valley.  So, not only was I touched by this, but also totally jazzed that Naggiar just got some great publicity on the Bay Area news!  It’s so true how everyone comes together in the face of disaster. 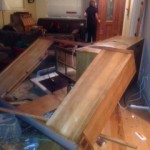 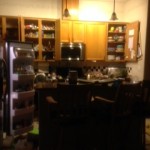 what the Irwin family woke up to

Alright, enough gloom, doom, and boohoo for this week- next week, I’ll be back to my chippy, snarky self!