It’s Some Other Day! 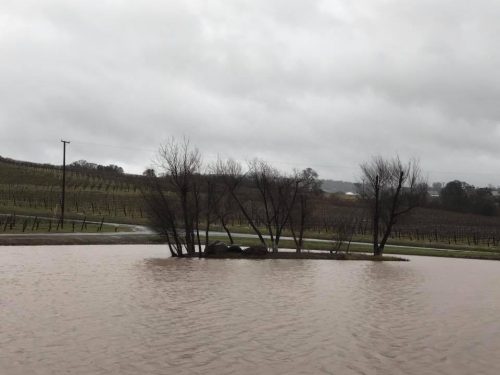 You may be wondering “what kind of title is that?” and “how the heck does that relate to a wine blog!”.  Or, you just might be having deja vu right now…

Many moons ago- about 39 of them- I wrote a post entitled “Is It Some Other Day, Yet?”.  Now, I’m sure everyone who has followed this blog for the last few years VIVIDLY remembers this post- ama right?  But for the newer followers and those who have trouble remembering what they ate for breakfast (I might just be referring to myself), I’ll catch you up to speed.  I began said post with the same sentence as I did this one (hmm- clever or lazy…you decide.)  The original post was written in January 2014 and was about the worsening drought conditions that California was experiencing.  “Some other day” referenced the old rhyme Rain, rain, go away, come again some other day and was a wish that it would be some other day and start raining again dad gummit!  Who woulda thunk it would take 3 years, but some other day has finally arrived and yes, we are wishing the rain would go away for just a bit.  Oh yes, there can be too much of a good thing.

Heroes of the vineyards…working hard to catch us up!

At this point in time, Northern California is officially out of the drought.  All of the reservoirs are above historical averages and there is a crazy amount of snow in the mountains to ensure California will remain extremely hydrated once the snow starts to melt and the run-off begins.  As for too much of a good thing…between compromised dams, multiple and wide-spread instances of flooding, mudslides, downed trees, and roads chicken-poxed with potholes, I think we’re all really ready for a break in the deluge.  The large amount of rain has affected us at Naggiar as well.  While we are fortunate to have soil that drains well, thus little erosion, we are impacted in other ways- not all of them expected.

The “fruits” of their labor…a perfectly pruned block

Naturally, we have seen issues with the many rainy days in the vineyards.  Right now, we are finally getting in to do the final pruning.  The excessive rain made it nearly impossible to do any pruning in the vineyards.  This has really become an issue since the abundance of water combined with the warm soil temps, has woken the vines up and the buds are just starting to swell in the earlier varietals.  We have about two weeks until we see the first bit of bud break but about four weeks worth of pruning yet to do, which equals six days a week of pruning to do to catch up…as long as the weather holds.  We are also gearing up for what could be a battle royale with mildew this spring if the rain doesn’t let up.  Thankfully, at this point, we have a stretch of dry days ahead of us. 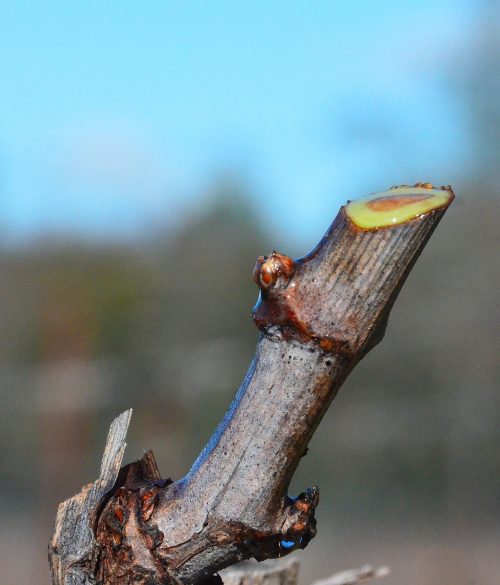 The “juices” are starting to flow 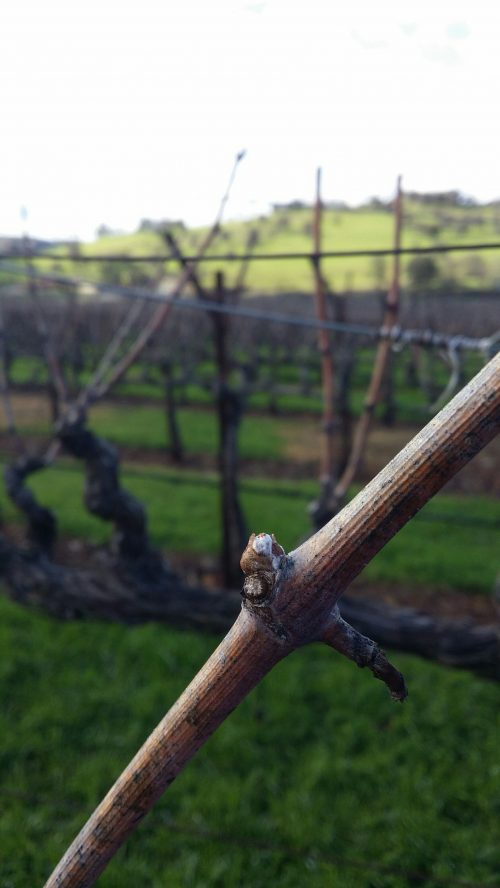 The beginnings of bud swell in Sangiovese

What you might not expect is that the rain impacts the winery as well.  We are a small winery running out of a small building.  While larger facilities have the luxury of having all winery work done indoors in a large “warehouse”, at Naggiar, there is just enough space to hold the barrels and some room to move around.  Any barrel rack and returns need to be shifted around in a breezeway, which is fine when the weather is nice or even just a regular gentle rain…however, in a torrential downpour, not so much.  Bottling, while still doable in a rainstorm, is an incredible pain in the behind, as with rack and returns, there is no extra space to store the glass and the case goods thus facilitating the busting out of the tarps.  So far, we’ve been lucky with bottling as our first bottling is this week which looks to be dry.  We are bottling all our 2016 whites, a few 2014 reds, and the 2015 Root 49.  Let’s hope we will be equally lucky for our next scheduled bottling in April.

The historical rainfall average for Naggiar is 38-40″.  As of today, we are at 52″ and still two months out from the end of our rainy season.  In the first post I called water “the new liquid gold”.  However, like any commodity that finds itself in surplus, the value of it goes down…maybe water is the new liquid aluminum.

Hoping to see more of this in the days ahead!