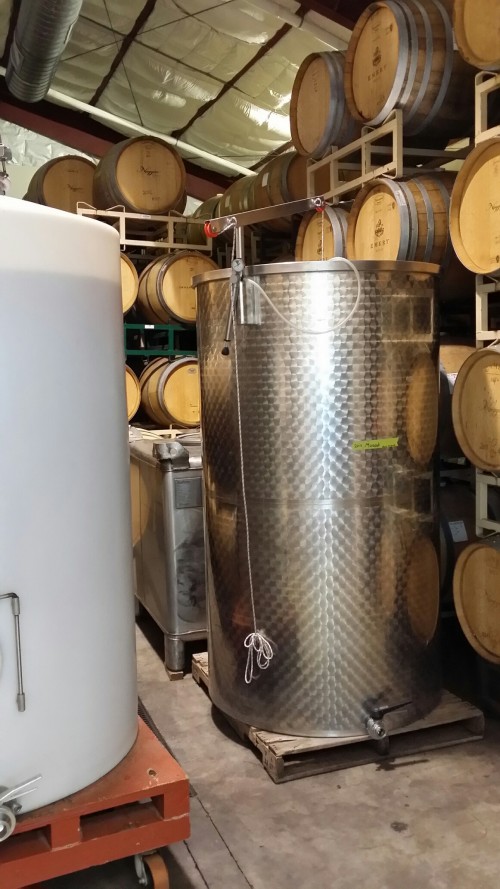 Another year, another harvest in the books.  After all of this talk about how early this harvest was, I looked back at my posts from last year and lo and behold,  discovered that we finished harvest right about the same time,  around the holiday known as “How the Grinch turned 44 This Year” (someone is a lil’ cranky this time of year).  It used to be that around October 7, we were right in the thick of it for harvest, but the last two years have seen a change in that timeline.  Instead of finishing things around Thanksgiving- perfect timing for the crew to take off until January- we are looking at finishing pressing the week of October 26th with the last lot going to barrel a couple of days before Halloween!  So the trick (see what I did there?) is to find work for the crew for a month.  And hopefully, we’ll finally be treated to some rain by then!

Now that the picking is done, there is still plenty to do to get ready for winter and the supposed deluge of rain.  Hmm- 90 degrees today, not a cloud in the sky, nor drop of rain in the forecast…I’m starting to feel some skepticism creeping in.  With the grapes all in, we have the final numbers on tonnage- as I have mentioned the last couple of posts, our yields were down, even more than we had estimated.  Naggiar produced a total of 196 tons compared to the 250 tons we were anticipating.  As we sell some of our fruit, we had estimated bringing in 120 tons for our use and brought in 101 tons.  We were particularly short in Cabernet Sauvignon, Malbec, Sangiovese, and Cabernet Franc.  Even though it is less than we anticipated, we still are busy managing and shuffling things around- 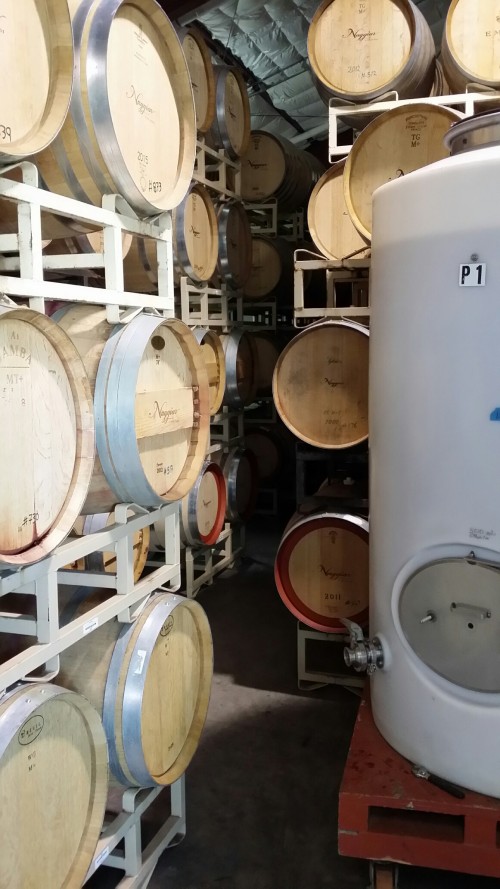 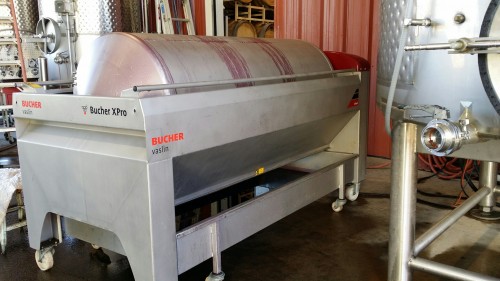 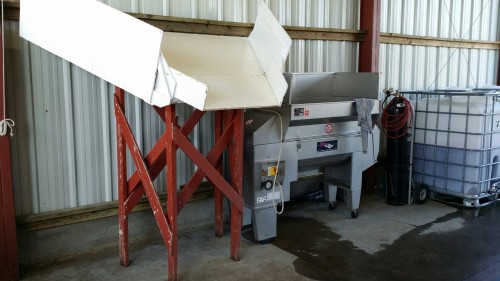 from pressing, barreling down, moving barrels around, punch downs, cap management, and stirring the lees.  And that is just the winery.

In the vineyard, there are post-harvest fertigation/waterings, draining and shutting down the irrigation system, breaking down the night harvest picking system of lights and generators, final cleaning of the picking lugs, bins and knives, greasing up the tractors and implements before winter storage, and removing the bird alarms and flashing tape… and possibly a rain dance or two. 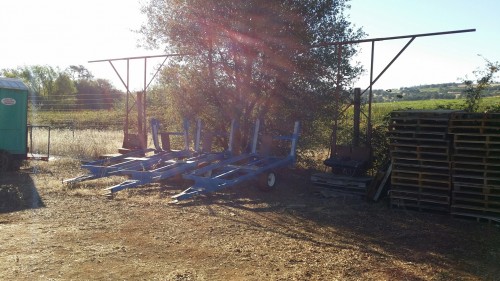 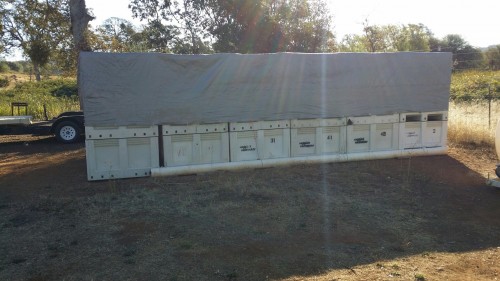 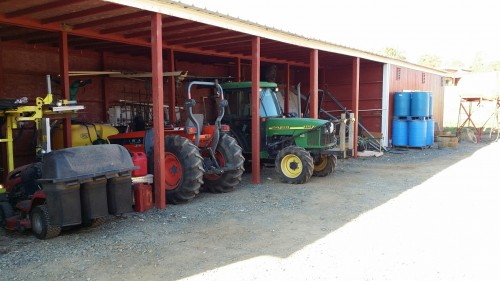 Plenty to keep us busy until that wet winter arrives!