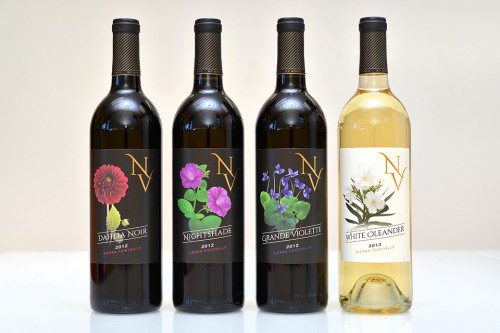 After an elephant-like gestation of almost 3 years, we are finally ready to announce to the world, that we have added to our family.  No longer an only child, Naggiar Vineyards and Winery has two younger siblings- NV Wines and Della Casa Wines.  We are really excited to introduce them to everyone, and I have the pleasure of sharing this with all 2 of my followers (I kid- just checking to see if you 6 are paying attention).  To ensure equal treatment and focus, there will be a separate post on each one (prevents sibling rivalry).  Ok, I’ll stop with the anthropomorphizing of beverages -for now- and get to telling you about NV Wines.

The NV series of wines was conceived (tee-hee) with the notion of highlighting varietals that do exceedingly well in the Sierra Foothills.  The four wines in this series-White Oleander, Nightshade, Grande Violette, and Dahlia Noir- are all based on Mediterranean blends, which, as I have said and will say again, and again, and again… grow best in our area.  As always, we wanted to put wines out there that express what the northern Sierra Foothills are capable of… at a lower price-point.  The three red blends, Nightshade, Grande Violette, and Dahlia Noir, are actually lighter versions of our reserve line of wines.  However, they see less time in barrel, have no new oak, a little less depth, and moderate to light tannins.  What they do have is brighter acidity and a high quafability factor- they are meant to be consumed fairly early and often, totally doable at the price-point!

So we’ve totally gone the celebrity route, and like, you know, given our kids some strange names.  Flower names… trust me, they’re the “in” thing.  I’ll start with the youngest, and the only white blend of the four, White Oleander.  Our 2013 White Oleander is a white Rhone blend consisting of Viognier, Roussanne, Marsanne, and a bit of Muscat Canelli.  It has aromas and flavors of wildflowers, apricots, peaches, and honeysuckle blossoms with a rich, velvety mouthfeel and a moderate amount of acidity to help round it out.  White Oleander is great as an aperitif or paired with grilled seafood.  It received a bronze medal from the 2015 San Francisco Chronicle Wine Competition. 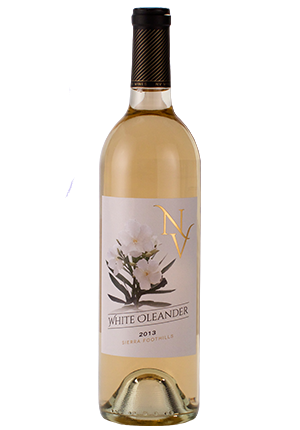 Our next flower is the overachiever of the bunch.  The 2012 Dahlia Noir has won gold medals at the 2015 San Francisco Chronicle Wine Competition, the 2015 Sunset International Wine Competition, and the 2015 California State Fair Wine Competition.  It is a   predominantly Petite Sirah blend, with Syrah, Mourvedre, and Grenache.  Dahlia Noir is true to its name- almost black in color with aromas of blackberries, black truffle, mushrooms, cedar, blond tobacco, and toasty oak.  On the palate, the blond tobacco lingers, joined by cassis and “liquored-up” cherries.  A very big wine, pairs well with very big game dishes- wild boar, goose, elk, as well as heavier casseroles and stews. 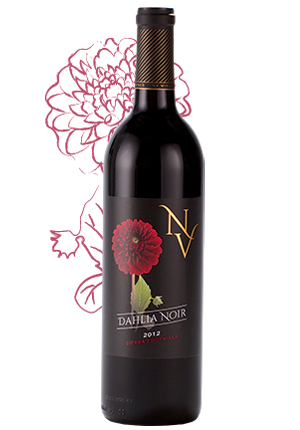 No group is complete without an Italian in the bunch, and that is just what our 2012 Nightshade is.  A Sangiovese or “Super Tuscan” blend, the Nightshade blends in Syrah, Cabernet Sauvignon, and Cabernet Franc, as well.  Dark purple in color, the nose is very earthy, but then explodes with cherries, anise, mushrooms, blackberries, with hints of cassis and peppercorns.  The Nightshade has great complexity, with a moderate amount of ripe tannins, a nice bright acidity, and a medium finish.  This is your go-to wine for a variety of meat dishes- from grilled beef to rosemary chicken.  Nightshade also received a gold medal at the 2015 San Francisco Chronicle Wine Competition. 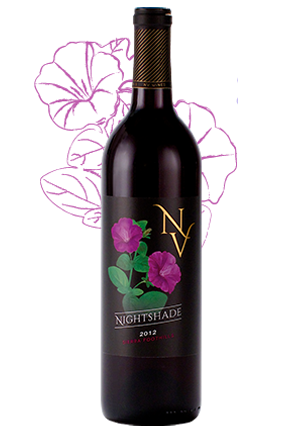 Now, I know you aren’t supposed to have favorites amongst your children, but the 2012 Grande Violette is Derek’s favorite of the bunch (shh, don’t tell the others).  This is our red Rhone blend, consisting of Syrah, Grenache, Mourvedre, and a surprise splash of Viognier.  A deep, dark color, with earthy aromas up-front, it evolves into aromatics of blackberries, black currants, and black pepper.  Grande Violette is concentrated and rich on the palate, with very mature/smooth tannins, and a long, lingering finish.  Ideal pairings include grilled lamb, braised beef, and roasted vegetables.  And yes, it was a gold medal winner at the SF Chronicle Wine Competition as well. 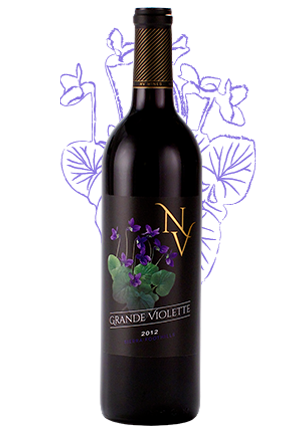 Now that I’ve told you about about our newest additions, I’m sure you’re itching to meet them, right?  I’m afraid you won’t be able to at the winery, but… they are available online and a few select restaurants and shops.

Why not try a bottle of each?  At this price, it won’t break the bank, and I would love to hear what you think of our newest additions to the family!