Elephant In The Room 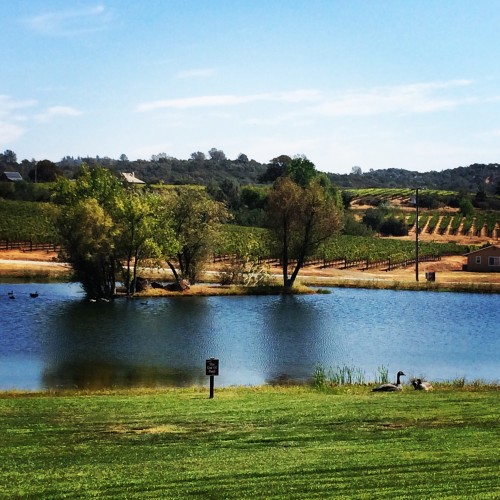 First off, I am thrilled to announce that for the 6th year in a row, Naggiar has been named Best Winery in the KCRA 3 A-list contest.  Thank you to all who voted- your support is appreciated immensely!  Now, on to the business at hand…

As a girl of her word, this week’s post is the second part on the Sierra Foothill AVA.  In a way, it might have been easier to skip part two.  For, as the first part was on the “what” of the Sierra Foothill appellation, the second part is on the “why”.  And to do that means addressing the proverbial elephant in the proverbial barrel room without raising that elephant’s ire.  In other words, why for the love of Bacchus, do we find making wine in Grass Valley a much better proposition than in the Napa Valley?

Alright- let’s do this thing.  Inarguably, Napa Valley produces great wines.  It is also true that the Napa Valley really is an amazing marketing machine, with 85% of wineries riding on the coattails of the truly magnificent 15% of wines produced.  So much for not raising that elephant’s ire… I can imagine said proverbial elephant giving me major stink-eye.  Ok then, in for a penny, in for a pound…not only that, but as one fellow blogger quipped “In Napa, 90% of wineries think they’re in the top 5% of wineries” and they like to price accordingly.

That elephant is looking like it wants to sit on me right about now.

With all that said, Napa wineries command those kind of prices because they can get them.  Because of this, the costs in Napa are incredibly high; not only are the land costs 8-10 times more than the Sierra Foothills, but labor is as well, from vineyard worker up to winemaker.  A lot of this is due to Napa being planted with the varietal it is most synonymous with, one that garners such high prices- Cabernet Sauvignon.  Napa Cab, on average, sells for $6000 a ton, with some Cab even going for $20,000 a ton.  In comparison, Cab from the Sierra Foothills goes for $1300 a ton.  Thus, the price point already starts off high just from the fruit.

Now, what happens if you don’t want to make Cabernet Sauvignon?  Yes, finally I’m going to stop goading the elephant and bring it back to Naggiar.  Mike’s vision for Naggiar was to make world-class, food-centric wines that are also easy on the pocketbook and meant to be enjoyed on a daily basis.  The varietals that we specialize in- Syrah, Grenache, Sangiovese, Malbec and Viognier are all incredibly versatile and food-friendly. They also don’t bring in the same prices that Cabernet Sauvignon does- at least in Napa where Syrah sells for half of what Cab does.  These varietals like the same conditions that you find in Napa Cab of the $20,000 a ton variety- rocky hills with well-drained soils, good heat, and high UV radiation.   So in Napa, it doesn’t make sense to pull out the existing Cab to plant varietals that bring in way less than Cab does.  The Sierra Foothills have these same growing conditions.  Now in the Sierra Foothills, Syrah goes for $1300 a ton.  Yes, the same amount that Sierra Foothills Cabernet Sauvignon does.  And yes, it just took me 500 words to essentially say that we make wine in the Sierra Foothills because we get the same quality for less money no matter what varietal you use.  And no, it wasn’t an excuse to show that the Napa Valley has much in common with the juggernaut known as the Disney Company…(it’s not called the adult Disneyland for nuttin’).

Truly, the word is getting out that there are great wines to be had outside of the Napa Valley, and even Sonoma county.  It is my wish that people explore all of the little-known California wine regions and see what they have to offer.  There are a lot of great wines out there that will leave you with a smile on your face and extra change in your pocket.