Don’t Be Such a Bore 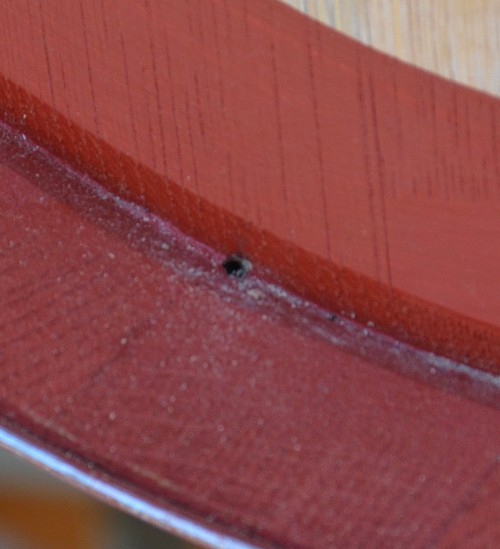 April, with its myriad of weather phenomena…a couple of weeks ago, it went from high 60’s on Monday to 90 degrees on Wednesday to 62 and raining on Friday…is definitely a month that keeps us on our toes in the vineyard. About the only thing boring about this month are the beetles. Yes, with April, the bores are back in town. Alright, I’m going to chill for a bit on the bad puns to ‘splain…

The False Powderpost Beetle is a tiny critter that can wreak a lot of havoc in the cellar. It attacks wine barrels by boring into them to lay their eggs. In addition, their actions give rise to the aforementioned bad puns. They attack both new and used barrels, but they have a particular affinity for the wine-soaked barrels- because, what creature wouldn’t? They typically rear their teeny ugly heads sometime in April, once there has been a string of consistently warm days and stick around until October. After landing on a barrel, the beetle will dig into the wood, sometimes far enough to reach the wine. At this point, the beetle dies an undeservedly happy death by drowning in wine. The good news is the beetle is forced out of the hole by the wine. The bad news is the wine follows the beetle out of the barrel and onto the floor.

Sometimes, the wine doesn’t do the job so we need to help speed up the process

Luckily, the dust created during the boring and the nature of the wood, tend to seal the hole within a few minutes. However, precious drops of wine are lost, not to mention soiling the floor and any barrels below. 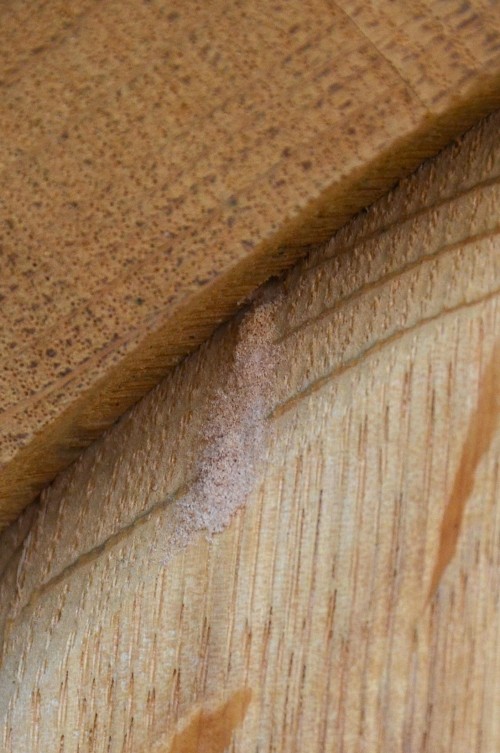 Just like the Tooth Fairy, Santa, or the Great Pumpkin, these guys do their work out of sight (typically overnight), but instead of money or presents, we get spilled wine, spoiled barrels, and a cellar smelling of vinegar. And, instead of opening presents or going on a spending spree, we have to pull out the affected barrels, plug the whole with a wood spile, scrape the wine-soaked wood, sanitize the outside of the barrels, and top up the barrel(s) that lost wine. 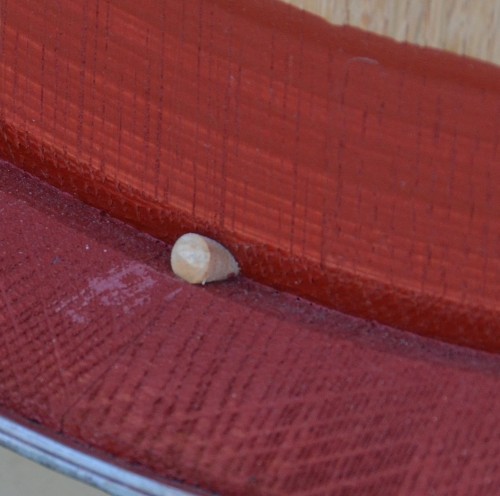 Wood spile to plug the hole

However, the beetles do leave something behind…bad bacteria that can cause an increase in VA in the wine. This is definitely one creature you don’t want a visit from, and unfortunately, this one is real.