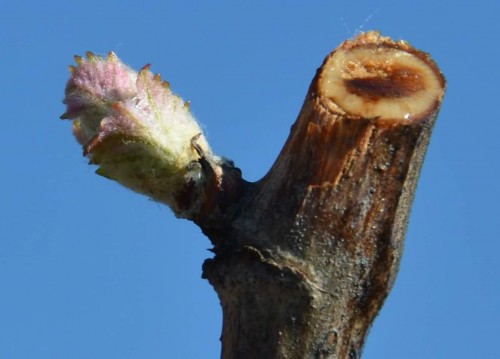 Ah, it’s that beautiful time of year again- skies are blue, the air is mild, the trees are blooming…wait- what?!  It’s only mid-February!  While parts of the country are buried several feet deep in snow with more on the way- um, sorry East Coasters?- we have been enjoying a particularly mild beginning to 2015.  Not that this is particularly good news to those in the world of viticulture.  Yes,we are talking three little words that strike fear into the heart of every grape grower- early bud break.

Everything seemed to be off to a promising start in December.  Heavy rains did help put a dent in the dearth of rainfall we’d had- in fact at this point in time, we are just a few inches under average and well over the paltry 4 inches total we had last year.  Then came January.  And the sun.  And the mild temperatures.  And my flip flops.  Aside from that four day storm we had the previous weekend, the weather has ranged from mid 60’s to mid 70’s during the day and dropping to only mid 40’s to mid 50’s at night.  Here, let me do the math for you:

Without those night time temps of  20-30 degrees to keep them dormant, the vines have figured that spring has come and are waking up- though, like me,  they could definitely do with another 40 winks.  If you have been reading my posts (big shout out to you-thanks!) you might remember that bud-break was early the last two years as well.  Well, thanks to an even milder January, this year we are almost 2 weeks earlier than LAST year!  We all dodged a bullet in California last year as there were no real hard frosts that spring, and all we can do is hope that the proverbial lightning will strike twice for this year.  It’s a long way until mid-May when the threat of frost passes.

Once bud-break starts, there isn’t much we can do to stop it.  There are a 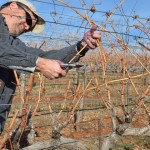 few things to slow it and buy some time.  First, we can hope for colder, but not freezing temperatures- which we obviously can’t control.  Second, we can be creative with our pruning practices- yay, something we can control!  Pruning is a way to buy time- by staggering the pruning, it staggers the bud-break. The top-most buds break first, while the ones that we want- those closest to the cordon-break last so having more buds breaking ahead of those slows things down a bit. We can prune varietals that go to bud-break last, first.  We can also prune those in areas less susceptible to frost, first as well.  But mostly, we just hope and pray that the freeze stays on the East Coast.  Come on guys, don’t begrudge us- you need your wine, right?

Stay tuned for the next exciting chapter of Vintage 2015…