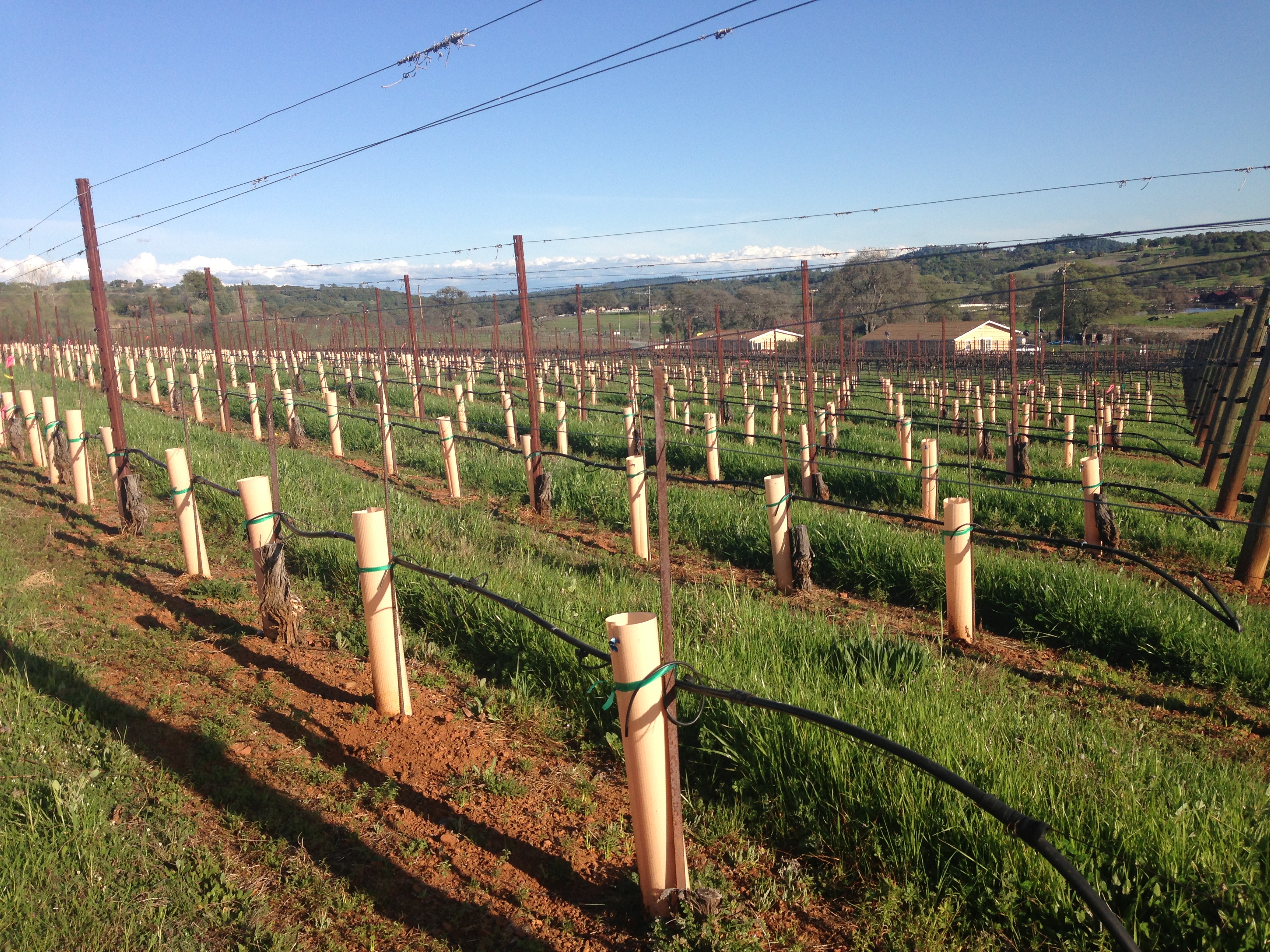 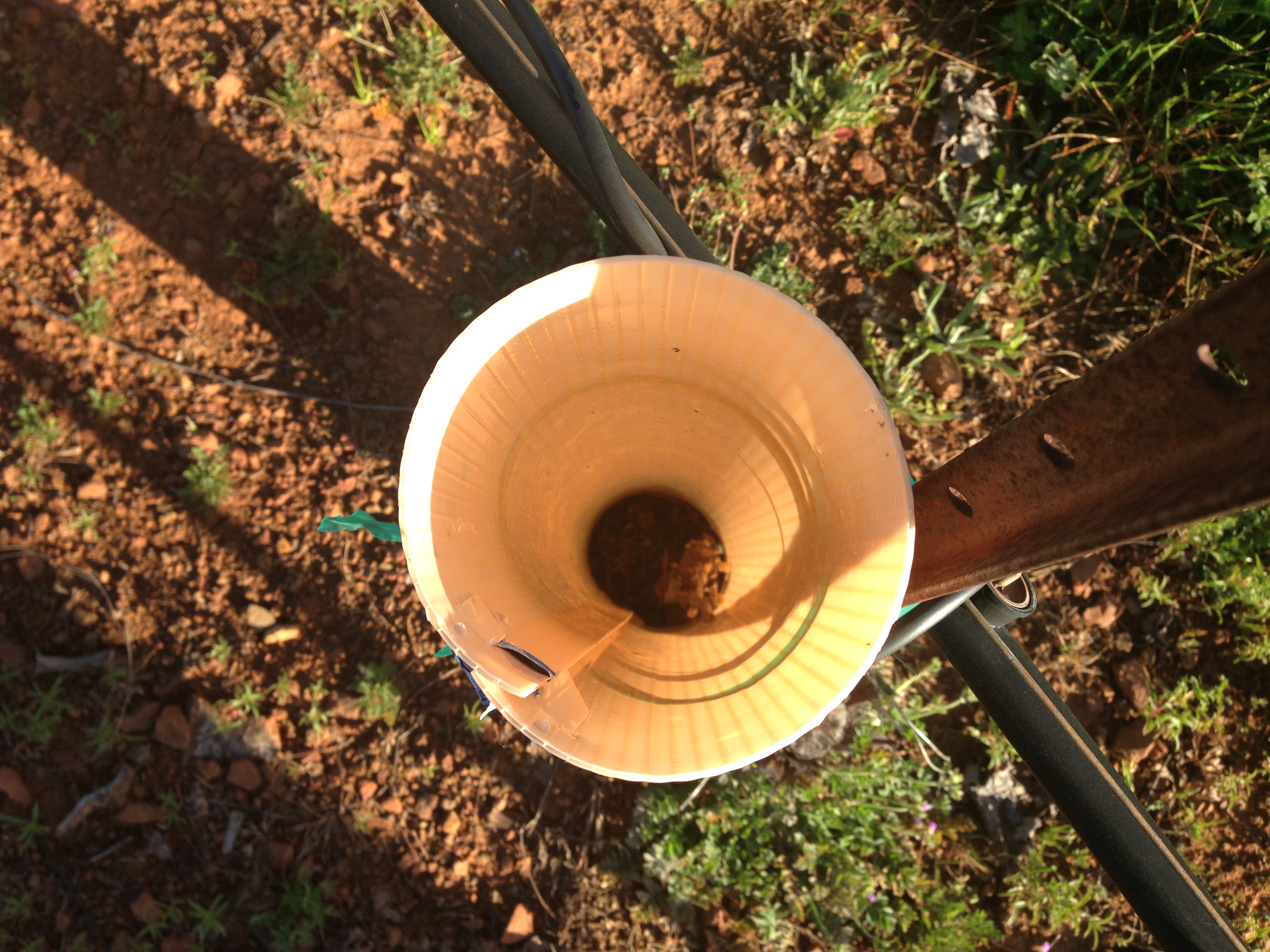 In last week’s post, I made a reference to our newly planted Barbera as being vulnerable to frost damage during bud-break. This week, I’d like to put the spotlight on the Barbera varietal itself.  Barbera is an Italian varietal that comes from the Piedmont region of Italy.  As a prolific producer of grapes, Barbera became an extremely popular varietal in Northern Italy- everyone from the lowest peasant to the wealthiest landowner could afford to make their own Barbera wine.  However, being prolific usually works against grape quality.  Too many grape clusters means uneven ripening, greater chance for mildew, temperature fluctuations, all of which will negatively affect the quality of the fruit, therefore, the wine.  When growing grapes for premium wines, all varietals go through the thinning process (a topic for another blog) at least once.  Barbera, being such a prolific producer, must be thinned at least twice to produce the quality fruit needed to make a premium wine.  So, relative to other varietals, Barbera is a little more “high maintenance”.

Barbera is most always used to make a “stand alone” wine.  As I mentioned in my post on blending, a varietal wine has to be at least 75% of that varietal- Barberas tend to be at least 90% or more Barbera.  Traits of a Barbera wine are high acidity, low to medium tannin, balanced alcohol, and bright fruit- blending too much of another varietal would mute the characteristics that make a Barbera,  a Barbera.  It shines best as a food-pairing wine, really making its mark by pairing well with comfort foods such as pizza, hamburgers and burritos.  Something to remember when you think of ordering a beer with those foods- if you think beer, try a Barbera.

So now you have the answer as to what is under the orange grow-tubes as you drive up to the winery- the baby Barbera vines.  We are looking at 2016 as the first vintage from that block, which added to our current Barbera, will allow us to increase the quantity and quality of our Barbera.  A Naggiar Barbera is a stellar example of the varietal- a wine made to be paired with food- braised meat, stews, mushroom risotto, is your mouth watering yet?If Barbera is your wine, be prepared to act fast- the 2009 sold-out quickly. The 2010 will be bottled mid-May and released shortly after- keep an eye out for the up-coming release so you don’t miss out on this fabulous, unique, food-friendly wine! 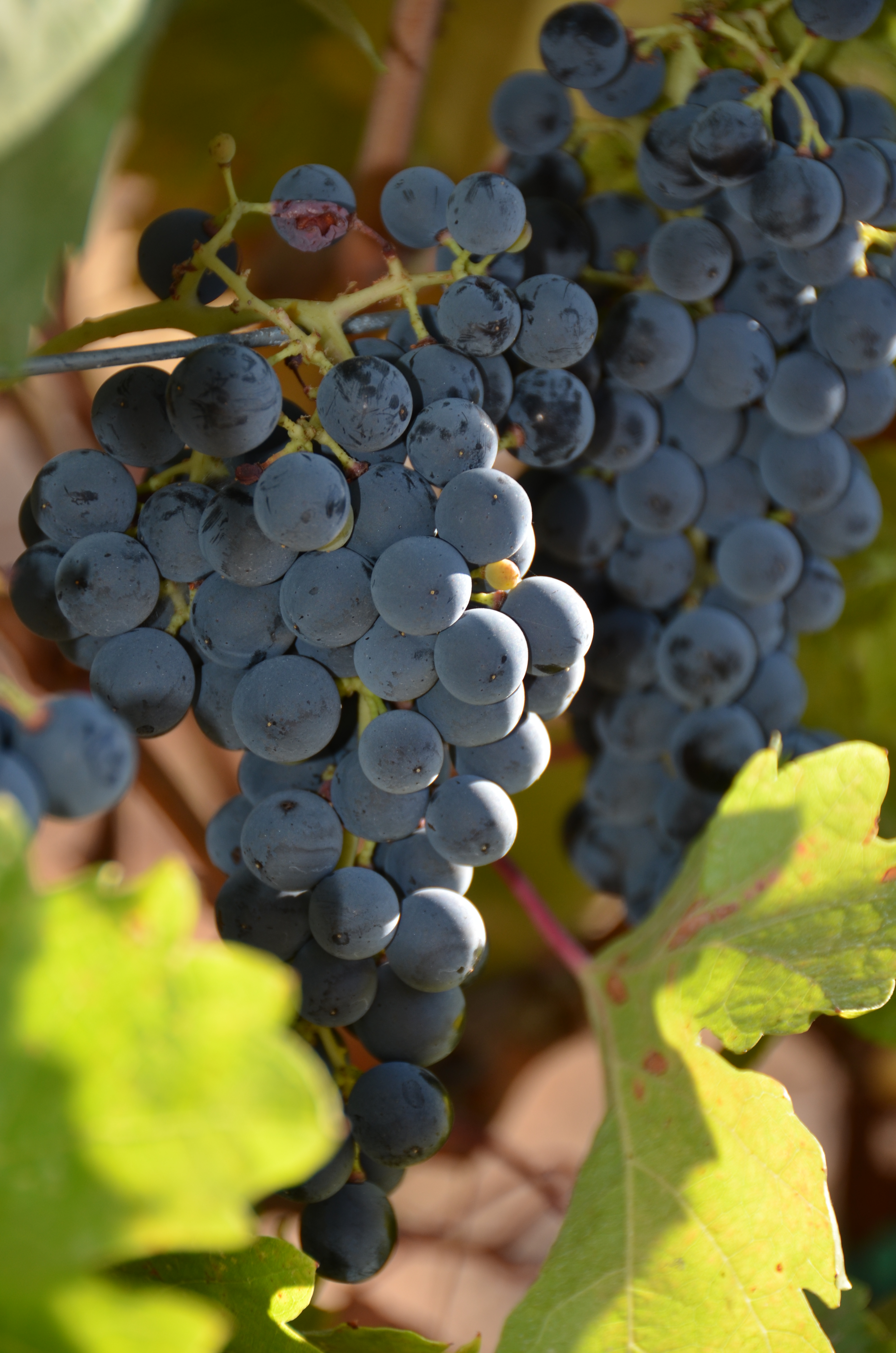