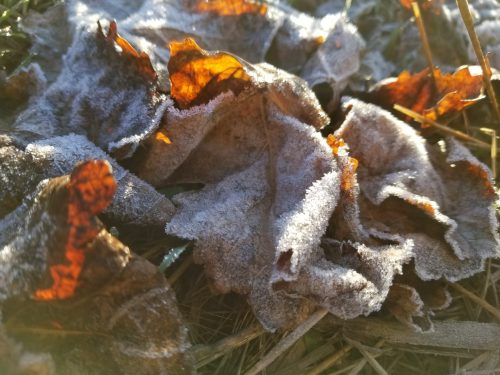 As I have done a few Christmases past, I decided to tweak a traditional Christmas song in homage to the goings on at Naggiar.  You might be able to guess what song I’m about to mangle… Deck the Halls.

I’ve got to sleep away…Baby it’s cold outside

The summer has been…Please let the clouds in

So very nice…Just look at the vines, they’re just like ice

Derek will start to worry…Cabernet what’s your hurry

Ah, but it’s cold outside! 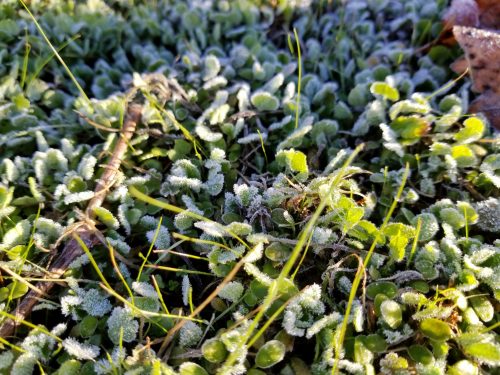 This fall has been remarkably warm and remarkably late in starting this year.  The fire season here has been a good month later than it usually is. On December 1st, we were having to shake the leaves off of our peach tree.  And at Thanksgiving time, the vines still had a large amount of brown and yellow leaves on them, despite quite a few days of strong winds. 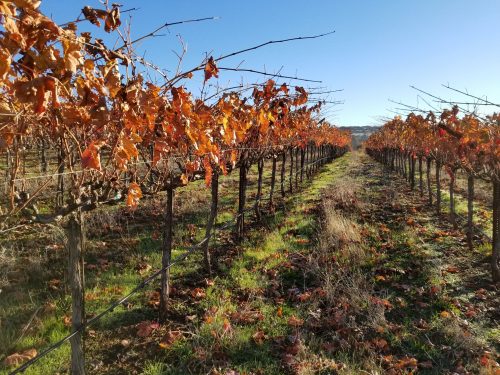 Leaves in December…what is this madness?

While the daytime temps have been in the mid-60’s, which is fairly mild, the nighttime temperatures have been in the high 20’s to low 30’s… FINALLY!  (and yes, I know that “ain’t nuttin'” from those of you north of the 38th parallel or over 3000 feet in elevation.)

So, just what exactly is wrong with having an extended summer (except for the fire danger of course). When the weather is warmer, the vines don’t know it’s time to settle down for a long-ish winter’s nap.  We need the cooler weather to make the leaves drop and send them into “shutting down mode”.  Shutting down for sleep entails a slight dehydration, an increase in proteins in the “bark” and the making of the vine’s biological version of anti-freeze to ensure that any remaining live tissue remains for the renewal of growth in the springtime. 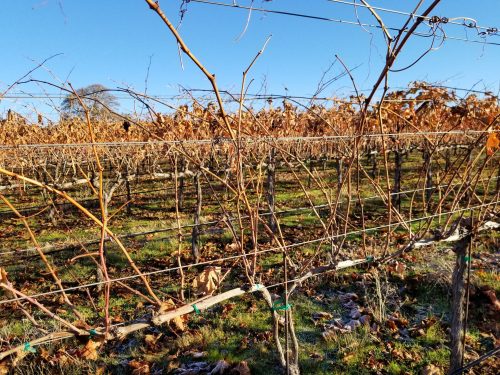 We humans can relate- think of Thanksgiving or Christmas dinner…an increase in proteins in the form of turkey, ham, prime rib roast, etc. along with intake of anti-freeze in the form of copious amounts of vino, eggnog, etc. leading to a slight dehydration (and possibly a smashing headache). To sum it up, baby, it’s great that it’s cold outside! 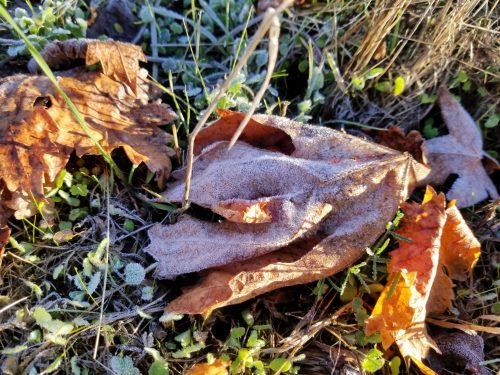 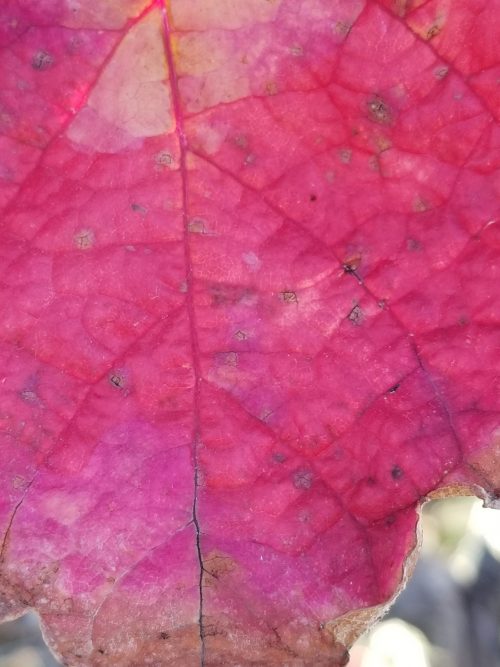 Wishing you all peace and happiness this Holiday Season!