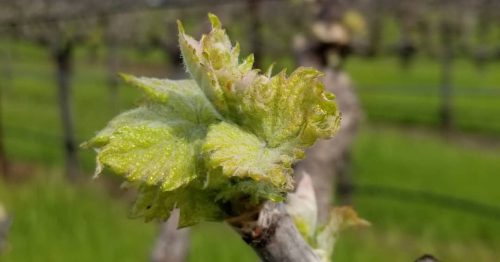 It’s been 28 days since my last post.  Thankfully, I’m not here documenting a zombie apocalypse (for those who might not be in the know- cough, Derek Irwin, cough- 28 Days Later is the name of a zombie flick).  This 28 Days Later, however, has seen its own peculiar phenomenon…an object that can be seen for several hours each day-some kind of bright, burning ball in the sky. Yes, Mr. Beautiful Sun is back!  April has been relatively dry (though not necessarily warm) for the most part- it’s finally beginning to feel like spring! 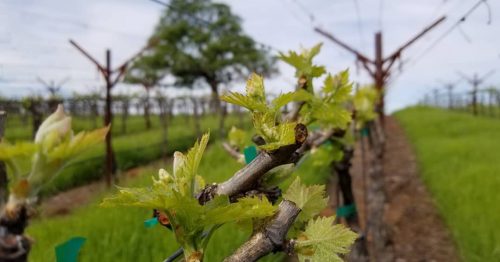 We finally started getting bud break within the last 28 days, with Sangiovese, Malbec, Grenache, and Viognier leading the pack.  Cabernet Sauvignon, Mourvedre, and Tempranillo are bringing up the rear, having just started bud break.  The good news with the late bud break is we are almost through the f-word (rhymes with lost) season.  Usually the danger is over by the end of April, however, our system is ready to go should temps fall south of 30 degrees. Like I said, it’s finally beginning to feel like spring!

As far the winery goes, we are bottling the 2017 Sangiovese and wrapping up our rack and returns- finishing up all of our winter duties…because it’s finally spring!  What a difference 28 days can make! 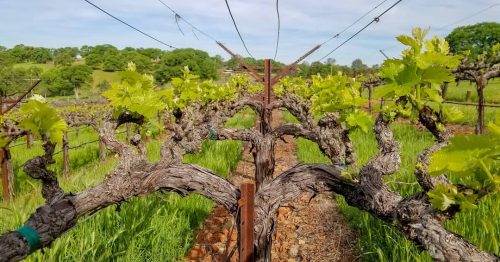 (I know it’s not that obvious or anything, but I’m pretty pleased that spring finally decided to arrive.)